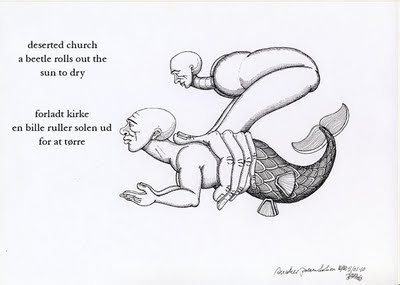 
Is there such a thing called "gendai haiga"? Guess not, but maybe there should be in the sense, that image and haiku should create a third whole instead of merely "suit" each other ... IF haiku is (or is supposed to be) images in words, why interpret it with another image? And maybe time has come to express these times - good or bad, they're here - with all it implies in haiga too, not just some vague nature dream in it's core only looking backwards ...
All haiku "theory" (I hate that word and when it comes down to it: all theorizing - in the open, anyway) says, that a haiku is mainly a juxtaposition of two images in conjunction giving "meaning" and light to the other. In that way they make up a third, the intended, the "ku", the actual haiku - which in turn is completed in the readers mind. Baffling.
Much haiga these days seems to be illustrative and very "neat" - and frankly mere decoration pieces from nature romantics w cameras and photo-editing software - endlessly repetitive and BOOOORING. It leaves very little to the viewer/reader - the image usually repeats what's in the ku or vice versa. That sort of takes the reader/viewer out of the process, as he/she seems to be told how to complete the poem.
What about making the haiga a third image in whole to expand the haiku using other means than the illustrative ones?
What about introducing picture-language from all over the wide range of art history? The possibilities are now endless, but it demands a greater "image-awareness" from the "haiga-ist" and it demands a need to more than just showing forth a piece of soothing nature. The blog "See haiku here" is a good example of this.
Posted by Johannes S. H. Bjerg

Yettobenamedfreepress has published a book of my parallel haiku-ish - or based - verse.

Parallels is a unique take on English Language Haiku. The poems are formatted side by side leaving the reader a choice, to read the pieces as a complete poem or as fragments of poems, each adding to the other. On first read the book may appear as a surrealist work, but after careful study Bjerg's humanity shines through. A must for haiku lovers. A brilliant example of the evolution of short-verse.

Available on Amazon and Createspace. 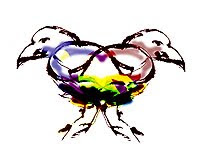 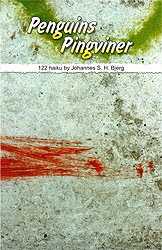 My other blogs - mine andre blogs